PNY jumps into the SSD market with four lines

PNY just launched four lines of SSDs at CES and SemiAccurate got some of the details. While it is pretty early in the process, it is quite clear where they are going.

The four lines of SSDs are the CS1000 for consumer, the CS2000 for gaming, CL4000 for OEMs, and EP7000 aimed at enterprises. As you might expect they are specced differently, priced differently, and most importantly they look different. OK the only one where looks really matter is the gamer/enthusiast line but the rest aren’t actually that bad. Can you guess which one is which? 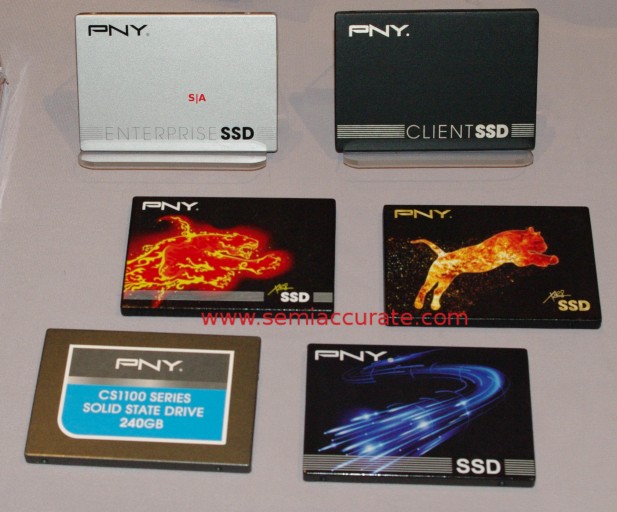 The CS2000 is obviously the performer, CL4000 emphasizes stability, and the EP7000 is made for read-intensive applications, about what you would expect. All are SATA but I wouldn’t be surprised if there was an M.2/NVMe version in the not too distant future. All use LSI/Avago/Seagate/whoever it is this week or SMI controllers coupled to Toshiba or Micron Flash. Nothing amazing in the end, just a fairly complete lineup for a solid-looking first effort.S|A